THE BRIARS SPORTING CLUB, being a remarkable Club, had a remarkable birth. Fourteen boys, aged from 9 to 13 years, met on the disused fowl-yard at Bob Clark’s place on the 7th August 1918. They were there to inaugurate the Club, which had been the idea of Jack Stone. The first major decision of this distinguished gathering was to name the Club. After much debate, someone suggested the name of Jack’s place. Jack being the President, thus a person of dignity, the suggestion had to be considered seriously.

Choosing the name and colours

The name of the house was “The Briars“. Thus the brand new Club was named “The Briars Sporting Club”.

The next important decision to make was on the Club’s colours. Mrs Rudd, an aunt of Geoff Whiddon, embroidered a piece of red cloth “T.B.S.C” THE BRIARS SPORTING CLUB in gold letters. It is reported that bashfulness on the part of some members caused the red to be changed to maroon. Thus maroon and gold have been the colours since.

Being a sporting Club, the interest of the members was sport. The initial activities were confined to cricket and rugby. Cricket was played in Bob Clark’s backyard and rugby in various local paddocks.

The members then also aspired to a healthy living. On the 6th November 1918, they all signed a pledge not to smoke whilst members of the Briars. However, it was soon discovered that the oath was not binding when it was pointed out that no Duty Stamp was attached.

The Club’s first source of revenue was a “Swear Box”. This was established to limit the out-bursts of one young member with a rather “remarkable vocabulary”. However, some members realised the revenue raising possibilities. By putting material gain above moral principles, they created an atmosphere, which encouraged contributions of the one penny fine. Thus the Club’s first source of funds was soon abandoned.

Our badge and motto made its first appearance at the Second Annual Athletic Day in 1920. Here 27 competitors contested 24 events for 39.13.3 Pounds ($79.32). The motto “Virtus Animusque Praesens” was suggested by Geoff Whiddon’s neighbour, Mr Dennis, Deputy Director of Education. The Athletic Days were discontinued after 1924 since they classed with rugby and cricket.

On the 31st January 1920, one of the Briars’ most popular and successful amenities was commenced – The Library. The Library started with 78 books contributed by 9 boys. One year later, it contained 241 books owned by 24 boys and included 11 books owned by the Club.

The talents of the Club Members were used to organise a Fireworks Display on Empire Night, 1920. 3.10.0 Pounds ($7.00) worth of fireworks were used.

The start of competition rugby

The Club entered a rugby team in the 1923 2nd Grade N.S.W. Junior Rugby Union. The first match was played against Paddington at Centennial Park on May 12th, 1923. We lost 16 to nil. Our first win, in our third game, was against Eastwood with a whopping 26 – 6. That first year of competition resulted in 6 wins and a draw from 11 matches.

The second season of football saw Briars runners up to Hunters Hill. However, that season saw 5 Briars in a combined 2nd Grade Junior Team. The first football premiership was recorded in the 1925 season by our 1st XV. Of the sixteen matches played that year, 13 wins and a draw were recorded. In that year, a second rugby team was formed. The 2nd XV contested the 2nd Grade Junior and the 1st XV, the 3rd Grade Senior or Burke Cup Competition. Except for the years of the 2nd World War, Briars have always had a Burke Cup team. 1925 also saw the Club’s first members making it to higher honours.

Mal Blair and Stan McGregor played in Wests’ First Grade District Teams. Mal went on to play for Australia along with Billy Mann on a tour of “The Old Country and America.”

The 1927 season saw Briars’ Burke Cup in the final playing Eastwood. The match was played as the curtain raiser before Japan vs N.S.W. Match at the Showground before a crowd of 6,000; Eastwood won 14-9.

Before these official cricket and football competitions, the Briars played amongst themselves and against local groups of boys, such as Boy Scouts. Briars were venturing out of town during the twenties, as the 1926/27 report says: “16 of us spent a most enjoyable week at Narrabeen last summer”.

However, like any growing lad, the Briars’ did have some growing pains. The 1928/29 Report noted: “the present rugby season is producing rather dismal results. We have had more than our share of misfortune with regard to sickness and injury. Nevertheless, slackness at training has been instrumental in some of our poor showing. but we feel that this is only a passing phase and must be expected at some period in every organisation”.

However, at the end of the Club’s first decade, the Briars were well and truly established with the solid backing of 69 members. 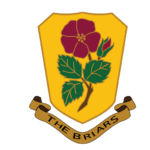 At the Tenth Annual Meeting, the seeds were sown to give Briars’ a more permanent base: “Mr. Love moved that as the time had now arrived for the acquiring of a Club-room, a Fund be started for this purpose. Mr. I. Holmes seconded this motion, which was carried unanimously”. The 1928/29 Annual Report elaborated: “We have been negotiating for the past month with the lessee of a very suitable premises in Burwood for a sub-lease of part of the building”. These efforts reached their triumphant conclusion in October 1929, when the Club moved to 34A George Street, Burwood.